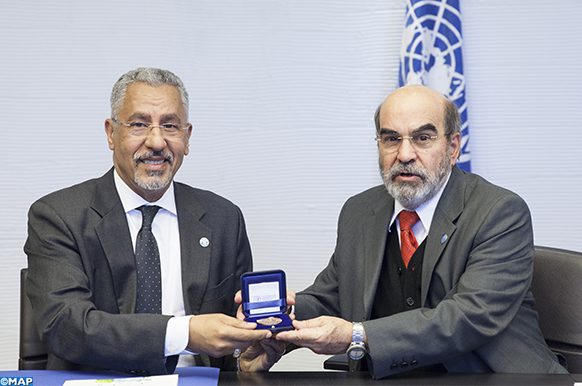 Abu Dhabi – Moroccan agronomist Abdelouahab Zaid received the gold medal of the Food and Agriculture Organization of the United Nations (FAO) in recognition of his efforts and achievements in palm cultivation at the Arab and international levels.

The medal was presented to the Moroccan expert by FAO director general José Graziano da Silva, at the 41st Congress of the Organization, held on June 22-20 in Rome.

The Moroccan researcher, who had also held the position of senior technical expert in FAO and the United Nations Development Programme for twenty years, is currently an advisor at the UAE ministry of Presidential Affairs.

He is the author of several scientific books and the recipient of several prizes of excellence, awarded to him notably by FAO and the Arab Organization for Agricultural Development.